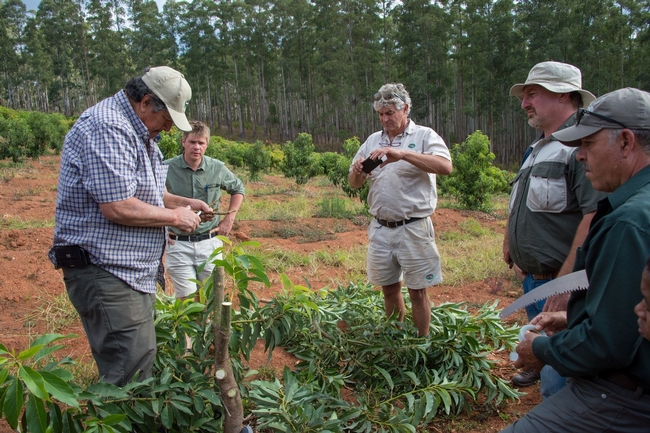 pablo getting the budwood ready