A blind lemonade and orange juice taste-testing trial was incorporated into a recent citrus grower workshop in Santa Paula. The topic of the meeting was lemon rootstocks and scions and the attendees were for the most part lemon growers. This seemed like an opportune time during the refreshment portion of the workshop to see what commercial lemonade and orange juices these professional growers might prefer. This would be an unreplicated trial, since it was only this one time with a small set of tasters, but might be give a sense of what citrus farmers prefer as their juice.

Four different orange juice brands and four different lemonade brands were chosen based on a range of prices. Two tables, one with lemonades and the other with orange juices, were divided into four sections labeled with Roman numerals, 1-4. A small amount of each juice was provided to the tasters in unmarked cups. The testers ranked their preferences on a grid with an 'A' though 'D' ranking beneath the corresponding Roman numeral label. “A” being the preferred juice and “D” being the least preferred. A paper label on the juice container temporarily concealed the juice's actual identity.

In this small,unreplicated trial, the most expensive juices did not have the greatest number of taster votes. None of the tasters expressed negative opinions about any of the juices, but there were definite preferences as can be seen by the tally. There's no accounting for growers' tastes, maybe.

We thank all who were involved in this survey and to the five Master Gardeners who have been involved in not only the organization of this tasting, but also the grower meeting and help in harvesting some of the lemon trials that were reported on at this meeting. 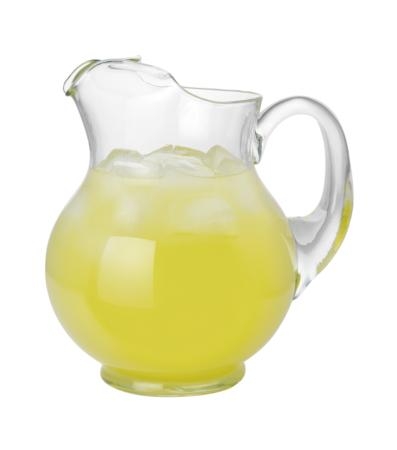 Read All About Citrus Diseases 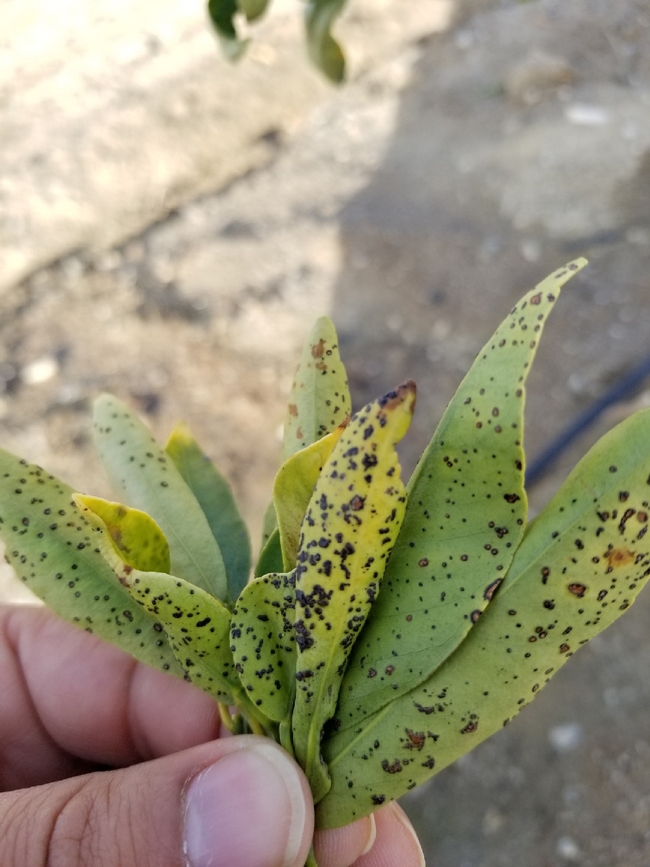 Turkish Citrus Conference - Get It On Your Calendar

On behalf of the International Society of Citriculture (ISC) and the Organizing Committee of the 14th International Citrus Congress (ICC 2020), we are very pleased to invite participants from public and private research and institutions, and from the production and commercial sector to attend the ICC 2020 that will be held in Mersin, Turkey, from 8-13 November 2020, under the theme “Reframing Citriculture: Better Connections for Future”. The Congress is being organized by the Mediterranean Exporters' Association (MEA), Çukurova University (ÇU) and National Citrus Council (NCC). These three institutions will cooperate with universities, research institutes, associations, companies, growers, exporters and sponsors. The Congress that will be realized with attendance of all stakeholders concerning whole citrus industry attracts attention with all activities including a number of workshop, plenary, oral presentation and poster sessions which cover policies, comments, approaches under the theme “Reframing Citriculture: Better Connections for Future”. So citrus will be reframe for better connection in future

Historians believe that the ancestor of the citrus trees, Citrus medica L., was introduced from India into Anatolia (Turkey) in the late 4th century BC. Today, Turkey is the 8th largest citrus producer in the World. Total citrus production of Turkey was 4.902.052 t. Oranges are the main citrus fruit grown in Turkey, accounting for about 43% of total production (1.900.000 t). Orange production is followed by mandarins (1.650.000 t), lemons (1.100.000 t), grapefruit (250.000 t) and others (2.052 t). Citrus area has expanded rapidly and reached 135.643 ha. This expansion is driven by domestic and export demands. It is believed that Turkey has a production potential at least three times of the present level. (TUIK, 2018)

The major citrus producing areas are located along Turkey's southern Mediterranean (88%) and Aegean coastal plains (12%), where typical mild or cool Mediterranean subtropical climate prevails. The most producer provinces are Adana (1.142.686 t), Mersin (1.052.992 t) and Hatay (906.392 t) in the Eastern Mediterranean. The Mediterranean climate is more suitable for high quality citrus; continue to shift to citrus from field crops (cotton and grains) because of its more attractive returns. In these regions, high quality citrus fruit production is oriented particularly towards fresh fruit markets and consumption.

Most of Turkey's citrus production is used for the local fresh fruit market and for export. Turkey has a significant place in international citrus trade, particularly in fresh citrus fruit exports. In the total global fresh citrus fruit export, Turkey was the second in the world. In recent years, exports of citrus, especially mandarin, have steadily increased.

The first settlement in Mersin, the host city of ICC 2020, which is known as Cilicia in ancient times, dates as far back as to the New Stone Age. It is one of the important ports of the Mediterranean and the center of maritime commerce just as it was during ancient times. As a settlement of dominant powers since Neolithic Period, Mersin hosts many archaeological and historical monuments remaining from Chalcolithic, Hittite, Roman, Byzantine and Ottoman civilizations. Therefore, many important figures in the history of civilization, such as Alexander the Great, Saint Paul, Cleopatra, Aya Thecla, Prophet Daniel, lived in this area and changed the course of history.

During the congress, a great many scientific activities such as plenary and ordinary sessions, workshops and poster display to establish new links and collaborations among participants will be carried out by well-appointed scientists who will come from all of the world. Furthermore, participants will find opportunities to see both Turkish citrus industries and historical background by technic and social pre, mid and post Congress tours.

We look forward to meeting you in Turkey. 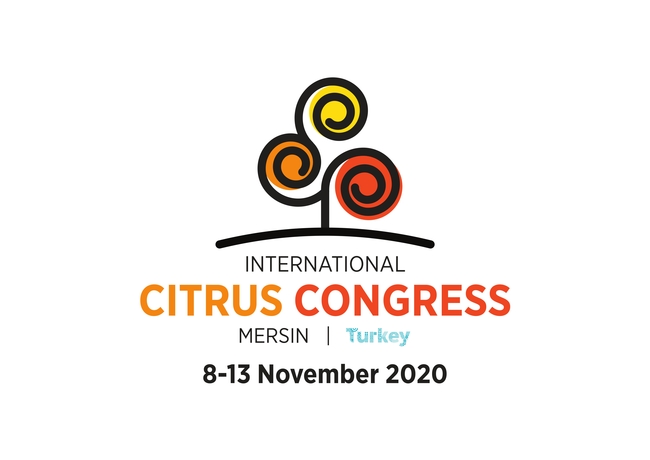 By Tina Hilding, Voiland College of Engineering and Architecture

PULLMAN, Wash. – Washington State University researchers have for the first time grown the bacteria in a laboratory that causes Citrus Greening Disease, considered the world's most harmful citrus disease.

Being able to grow the elusive and poorly understood bacterium, Candidatus Liberibacter asiaticus (CLas), will make it easier for researchers to find treatments for the disease that has destroyed millions of acres of orange, grapefruit and lemon groves around the world and has devastated the citrus industry in Florida.

The researchers, including Phuc Ha, postdoctoral research associate, Haluk Beyenal, Paul Hohenschuh Professor in the Gene and Linda Voiland School of Chemical Engineering and Bioengineering, David Gang and Ruifeng He, from WSU's Institute of Biological Chemistry, Anders Omsland, from the Paul G. Allen School for Global Animal Health, and researchers from the University of Florida and University of Arizona, report on their work in the journal, Biofilm.

WSU was selected three years ago for a $2 million U.S. Department of Agriculture grant to study the bacteria, in part, because Washington has no citrus industry. The disease, formally known as Huánglóngbìng, (HLB), is spread by Asian citrus psyllids insects. It attacks the vascular system of citrus trees and causes fruit to become green, misshapen, and bitter-tasting.

A critical step in coming up with weapons to fight the disease is being able to study it in the lab, but the CLas bacterium is notoriously difficult to grow. With a small genome, CLas is thought to depend on very specific nutrient availability and possibly compounds secreted by other nearby bacteria. When researchers used a traditional rich media that they typically use for growing bacteria, they mostly grew bacteria other than CLas.

So, in order to conduct research, scientists have had to get bacterial samples directly from the trees themselves or from the insects that spread it, which is time-consuming and cumbersome. Trying to conduct experiments has also been difficult because, unlike neat lab cultures, bacterial samples gathered from a sick tree vary, depending on where and when the sample is gathered and the level of infection.

Without being able to grow the bacteria in a lab, researchers have been unable to even absolutely confirm that the bacteria, in fact, causes the disease.

In their paper, the researchers for the first time successfully established and maintained CLas bacterial cultures outside of its host.

Using infected citrus tissue as their starting point, the researchers developed a biofilm, a kind of bacterial city that allows a variety of bacteria to thrive. Instead of a rich growth medium that would crowd out the CLas, the researchers severely limited the growth of partner bacteria and created a medium with the specific nutrients, acidity, incubation temperatures, and oxygen levels that are optimal for CLas.

“We were really excited,” said Beyenal, “but then we wondered if we could re-grow it.”

The researchers were able to transfer the orange-colored culture and grow new cultures in their biofilm reactors, which they have maintained for more than two years.

“We can do this for as long as we want,” said Beyenal.

Beyenal's group is now working to purify the culture, which will further help researchers to study it.  They are also developing genetic-based methods to understand and mitigate the spread of the disease.

Photo: Phuc Ha and Haluk Beyenal examine a bacterial culture in the laboratory. 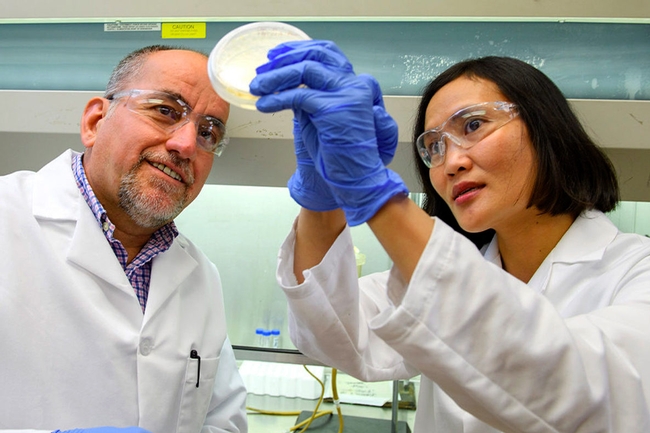 The USDA has summarized the US citrus crop for 2018-19 and it is up for both California and Florida, with CA accounting for 51% of US production! But the Florida orange crop is  up from last year.  This is the state that is getting hammered by huanglongbing amongst all the other demands being made on that industry.  This is good news for citrus.

The full report is Here

But the summary is:

Overall comparisons discussed above are based on similar fruit types. The revised production and utilization estimates are based on all data available at the end of the marketing season, including information from marketing orders, shipments, and processor records. Allowances are made for recorded local utilization and home use. Estimates for the 2018-19 California Valencia oranges and grapefruit are preliminary.

BUT, the latest news from the Central Valley navel forecast is that it is down,

The 2019-20 California navel crop is down 7% from last season, according to the first U.S. Department of Agriculture estimate.

With harvest expected to begin in October, the California navel  forecast is 76 million (40-pound) cartons, down 7%  percent from the previous year, the USDA said Sept. 12.

Farming is a roller coaster. 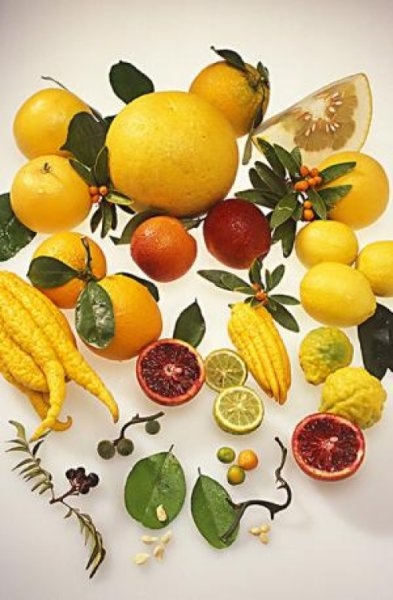