A story in the Sacramento Bee paints a lovely picture of local food production in a story under the title "Think globally, eat locally."

"The sun is coming up. Geese fly overhead. Wild turkeys meander amid the fruit trees, as (farmer Lisa) Tollefson picks sunflowers in the golden glow of dawn," goes the story, written by Stuart Leavenworth.

The article's vision of local farming wasn't entirely rose-colored. Indeed, it mentioned that Tollefson's partner, Steve Pilz, disrupted a yellow jacket nest while clearing brush and had to set traps for voracious gophers with his eye swollen by insect stings.

But the real juxtaposition comes in comments by the director of the UC Agricultural Issues Center Dan Sumner, where he uses what some might consider truly global thinking.

Some of his key points:

Sumner was also quoted this week in an article in the San Francisco Chronicle about the commodities bubble. In short, the article said commodities recently enjoyed a boom, but in the last month, are facing something of a bust.

The shift will bring some relief to consumers, who are already seeing gas prices fall. Food prices should ease as well, according to the article.

"I wouldn't be surprised if this commodity effect lowers (food) prices, maybe in the fourth quarter," Sumner was quoted.

A story on the Medical News Today Web site says that an analysis by the UC Berkeley Center for Weight and Health shows that California adults could avoid gaining 2.7 pounds a year if calories were posted on fast-food menu boards statewide.

The analysis combines findings of two studies, the article says:

Doing the math, the researchers calculated that Californians would cut more than 9,000 calories a year from their diets if they saw the calorie counts on menus.

"Menu board labeling has the potential to dramatically alter the trajectory of the obesity epidemic in California," UC Berkeley states in its report, Potential Impact on Menu Labeling of Fast Foods in California, according to the article.

Click here for a pdf version of the 11-page report. 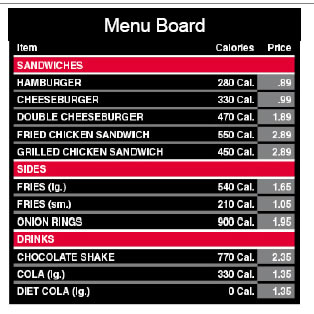 A 4-H member who traveled to Australia this summer wrote a summary of her trip that was published today in the Lake County News. The writer, Kelsy Sills of Kelseyville, along with Kelsi Alexander and 4-H volunteer Sherry Falge were participating in the 4-H International Exchange Program.

Since Kelsey (and alternative spellings Kelsy and Kelsi) make repeated appearances in this story, I thought it would be interesting to check the meaning of the name. According to thinkbabynames.com, it is of Old English origin and means "victorious ship." It is also possibly a place name referring to "island." Eerily, Australia is known as the "island continent." Perhaps this trip was predestined.

Back to the newspaper story . . . . The article said Alexander stayed on a small farm in Simpson, Sills stayed on a dairy farm in Cobden, and Falge stayed on a sheep farm where she helped with the daily chores. All of them also did some traveling.

The trip was part of the Lake County Citizenship and Leadership 4-H Club, which is aimed at keeping older youth in 4-H and designed to prepare future leaders and good citizens.

Carrying a Lot of 'Baggage'

If she were boarding an airline, she’d be charged double for... 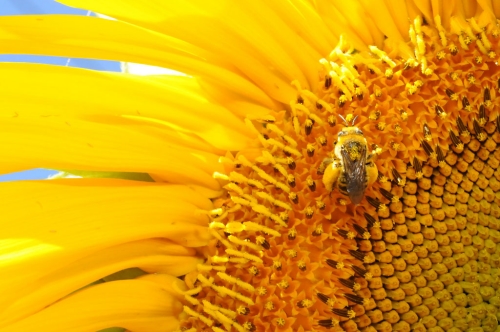 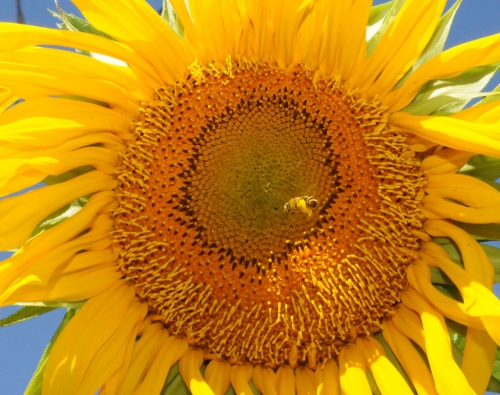 Up, up and away

Smell of DEET repulsive to mosquitoes

The groundbreaking research released by the UC Davis Department of Entomology yesterday at 2 p.m. was picked up by some prominent media outlets, including the New York Times and Reuters.

"We found that mosquitoes can smell DEET and they stay away from it," UC Davis entomology professor Walter Leal was quoted in the Reuters article. "DEET doesn't mask the smell of the host or jam the insect's senses. Mosquitoes don't like it because it smells bad to them."

Earlier research by scientists at Rockefeller University concluded that DEET jams the insect's ability to smell. "Not so fast," interjected the New York Times in today's article, reporting on Leal's research.

“They smell it and they go away because they don’t like it for some reason,” he was quoted in the New York Times.

DEET, the acronym for N,N-diethyl-3-methylbenzamide, is the most common active ingredient in insect repellents. The U.S. Centers for Disease Control and Prevention and other health groups recommend DEET as the best way to avoid the bites of mosquitoes, ticks and other disease-carrying insects.

A full news release about the research is on the UC ANR News and Information Outreach Web site.

Mosquitoes are repelled by DEET.