Leveraging the Genomic Landscape of Avocado for Breeding Purposes

Advances in molecular tools already have led to the development of large numbers of genetic markers distributed across the avocado genome. These markers are being put to good use, many forming the basis for projects to inventory avocado germplasm repositories and, in our own case, to create a pathway toward marker-assisted selection. Most recently, the first avocado genome was sequenced, marking the beginning of a new era. Genome annotation entails adding functional information about genes and other compartments of the genome, aided by comparisons with model organisms. The challenge is that the avocado occupies a highly divergent position on the evolutionary tree of life, close to such plants as laurel and magnolia, near the base of the flowering plants lineage and far removed from convenient model organisms (such as Arabidopsis) for which annotations are most advanced and comprehensive. Therefore, genome annotation in avocado is likely to be slower. While there is great potential for exploring the genome for interesting gene regions, the procedures will not be insignificant and will require bioinformatics and experimental verification before breeding targets can be identified. Additionally, quantitative traits such as yield-related traits are not controlled by a single gene but, instead, by many genes of small effect distributed across the entire genome. Even when the genome becomes thoroughly annotated, it is still only one genome and will not include all the variation present in the large pool of avocado germplasm. In comparison, efforts are underway to sequence 1 million human genomes. Clearly, additional avocado genomes will allow broader comparisons and will lead to an acceleration and broadened scope of breeding efforts. Figure 1: Diversity of shape, size, skin color and surface texture of fruit picked from trees sharing the same maternal parent. Some of these fruit were assayed in the QTL analysis for fruit nutrient content.

A major goal of molecular breeding is to pinpoint which genes are responsible for a trait of interest and to make this relationship accessible for experimental manipulation. In avocado, many genetic markers1 have been developed in recent years and used widely to characterize scion and rootstock germplasm collections. However, few studies have attempted to examine how genetic markers are related to specific traits and how they can be used to improve breeding material using marker-assisted selection. In a recent scientific article, we reported our findings from a genetic study to identify genes and markers controlling various yield-related and nutritional traits in avocado. It centered on a procedure called Quantitative Trait Locus (QTL) analysis2 and presents a high-density linkage map3 for avocado useful for molecular breeding. Our study included quantitative traits (tree height, canopy diameter, and trunk diameter, and contents of vitamin E, beta-sitosterol and carotenoids in the fruit flesh) and a qualitative trait (flowering type) (Figure 1 and 2). Here are some of the major findings of our research.

Flowering type: Avocado flowers exhibit either A- or B-type flowering, a mechanism designed to prevent self-pollination and that increases fruit set. We found that a tight cluster of markers on chromosome 10 showed a very strong signal for flowering type. It appeared that a single gene on that chromosome is likely responsible for controlling which flowering type a tree will have when it reaches maturity. In orchards devoted to ‘Hass', with A-type flowering, inter-planting with B-type pollinizer cultivars is the norm to boost pollination and fruit set. Currently, most pollinizers are green-skin cultivars (especially ‘Bacon', ‘Fuerte', and ‘Zutano') whose fruit do not fetch a good price compared to ‘Hass', reducing overall market value of the orchard yield. Therefore, when breeding new cultivars for ‘Hass'-like taste and appearance, it would be advantageous to be able to include an early screen for B-type flowering: this would ensure that any promising breeding material with ‘Hass'-like attributes would also be usable as B-type pollinizers that produce marketable fruit. The screen would involve a routine lab procedure performed on DNA extracted from young leaves of the seedlings in a breeding program: the strategy would be to only keep those seedlings that have the particular marker that coincides with B-type flowering and to discard the rest. All seedlings progressing through subsequent tiers of the breeding program would have B-type flowering and there would be no wastage of time and resources by having to cull mature trees once they have been revealed as A-type flowerers.

Nutrient content of the fruit flesh: We also found that the content of alpha-tocopherol, a form of vitamin E, is strongly associated with a group of markers on chromosome 3. This finding opens up the possibility of breeding avocado for enhanced vitamin E concentrations and to further elevate its status as a nutritious fruit. Selection for a suitable marker in young seedlings would avoid the long wait until the seedlings have produced fruit, which can take many years. Though weaker, a signal for marker association with beta-sitosterol was also detected on a short section on chromosome 1. This plant sterol has been shown to have anti-oxidative properties and to reduce blood cholesterol levels in humans. The fact that vitamin E and beta-sitosterol are controlled by genes on different chromosomes is a practical advantage because it means that breeding for one nutrient can be performed independently of the other nutrient. It is noteworthy that both vitamin E and beta-sitosterol have been cited as targets for biofortification in other crops.

Avocado production in California, the main avocado-producing state in the US, cannot keep pace with consumption, and the market is supplemented by imports from Mexico and many other countries. For now, almost all fruits imported are of ‘Hass' or “Hass-like” cultivars, yet taste panels at UC Riverside suggest that consumers are open to new tastes and visuals. Supermarket offerings in the form of a startling abundance of different apple and pear cultivars are in stark contrast to those for avocado, which is essentially synonymous with ‘Hass' alone. The time for customized breeding may be ripe. As a nutritious and tasty fruit crop, avocado has acquired a strong culinary following and is prized for its healthy attributes. Having shown that vitamin E content is amenable to marker-assisted selection, future breeding could focus on generating nutrient-enriched cultivars, and future elucidation of similar trait-marker associations could create opportunities to generate high-value avocados that would coexist alongside the mainstream crop. Currently, health-conscious consumers and avocado fans are being short-changed, and molecular breeding can play a role in developing new and interesting material. 1 Genetic markers: specific locations on the DNA sequence that can be readily identified by molecular methods. They are also known as molecular markers.

2 QTL analysis: infers which markers on a linkage map influence a trait of interest. Results are shown in a chart with all markers on the map plotted against their (statistical) contribution to the trait.

3 Linkage map: a map showing the order of markers and genes along each of an organism's chromosomes (i.e., how they are linked). It is also called a genetic map.

Why Increasing Genetic Diversity in Honey Bees Is Crucial 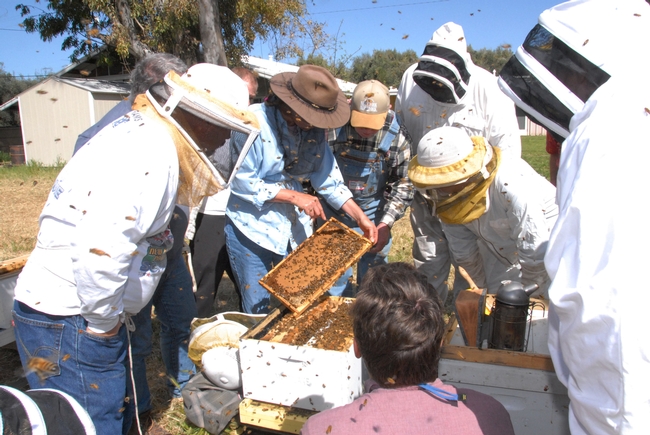 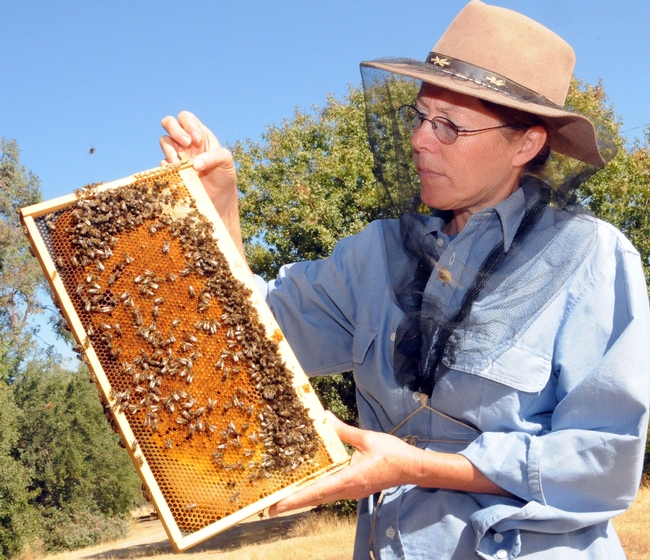 Even though it's been about 1 billion years since plants and animals parted ways from their common ancestor, scientists have learned that over the eons they developed similar mechanisms for detecting microbial invasions and resisting disease, according to a study published in the journal Science.

News about the scientific discovery was picked up widely by medical and scientific websites and blogs, including

“We now know that plants and animals respond to microbial signature molecules using analogous regulatory modules, which likely came about as a consequence of convergent evolution,” Technology Today quotes Ronald.

Medical Daily noted that the discovery will likely help future researchers find new drug targets to control deadly bacteria for which there are currently no effective treatments.

The paper in Science is dedicated to Julius Rothstein (1830-1899) and his wife, Fanny Rothstein née Frank (1834-1911), the great, great grandparents and last common ancestors of the authors. 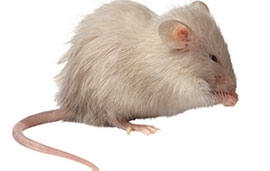 The lineages of humans and mice diverged 60-120 million years ago.