Treasured Comments About Insects: Can We Hear a Collective 'Sigh?' UC Davis Professor Lynn Kimsey, director of the Bohart Museum of Entomology (Photo by Kathy Keatley Garvey)
It's a given: entomologists collect insects.

So what do entomology professors collect?

Well, if your name is Lynn Kimsey, director of the Bohart Museum of Entomology and a distinguished professor of entomology at the University of California, Davis, you collect both insects--AND sentences from students' term papers that show what she calls "the taxonomic and biological fails."

First, let's briefly introduce Professor Kimsey. An alumnus of UC Davis, she received her undergraduate degree in 1975 and doctorate in 1979. She joined the UC Davis faculty in 1989. A two-term president of the International Hymenopterists, and a recognized global authority on the systematics, biogeography and biology of the wasp families, Tiphiidae and Chrysididae, she won the 2020 C. W. Woodworth Award, the highest award given by the Pacific Branch of the Entomological Society of America, for "her 31 years of outstanding accomplishments in research, teaching, education, outreach and public service."

Her home away from home is the Bohart Museum, which houses a worldwide collection of nearly 8 million insect specimens. The insect museum is now located in Room 1124 of the Academic Surge Building on Crocker Lane, UC Davis campus. Note that it's currently closed to the public due to COVID-19 pandemic precautions, but the work continues.

So does the sentence collection.

Let's blame it on the students' inadequate consumption of coffee, shall we? Or too little time and too much anxiety?

Anyway, Kimsey's treasured-sentence collection over the past two decades resulted in her publication of "Entomological Musings in the Classroom" in the June 7, 2019 edition of American Entomologist.

"One of the outcomes of teaching a general entomology course to undergraduates for many, many years is that I have taken on a new appreciation for science fiction and fantasy," Kimsey wrote. "This happens, in part, because every year, a student makes some new scientific discovery about an insect that causes me to slap my forehead and say 'They do what!?' The other part is how little students (or the public in general) know about insects, in contrast to how much they think they know. Most of my students are not entomology majors, and many aren't even majors in the biological sciences, so there are a lot of misconceptions. Nonetheless, there is huge entertainment in enlightenment.

"One aspect of teaching this course (General Entomology) that is less entertaining is the writing requirement," Kimsey continued. "Students at the University of California, Davis, are required to take a number of units in general education science and writing. My course fulfills two of those requirements, which means that I have to require (and grade) student term papers as part of their assignments. I can say definitively that student writing abilities have not improved over the years. So, to alleviate the pain of grading these works of art, I started collecting particularly silly or otherwise awesome sentences from their papers."

So, let's update the sentence collection, shall we? Here are some of her recent favorites:

However, some of my all-time favorites that Professor Kimsey included in her American Entomologist article are: 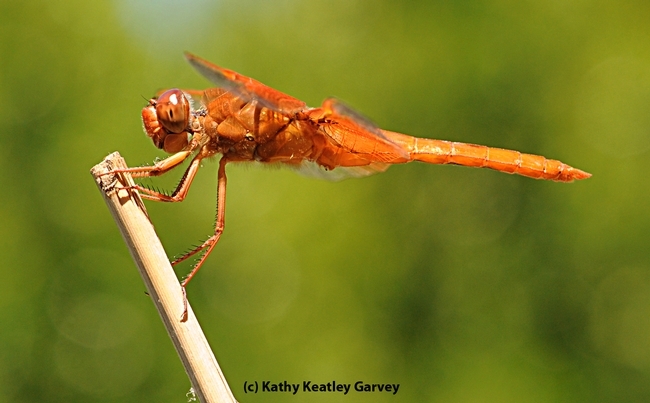 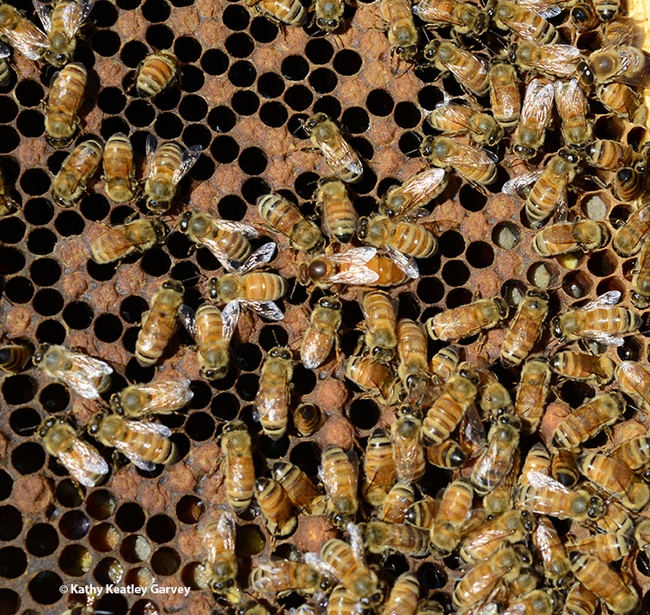