Entomologist Jeff Smith, who curates the Bohart's Lepidoptera collection, had just finished integrating them into the insect museum, which houses some 7 million insect specimens. The moths and butterfly specimens alone total more than 500,000.

Sadly, Chuck Hageman passed away Sept. 20, 2021 at age 76. His obituary in the Appeal Democrat appears in legacy.com.

The obituary pays tribute to his love of family, friends and butterflies:

"Chuck was one of those individuals who spoke very little but his presence spoke volumes. Whether it was just an utterance of a few words or his grunts about an unfavorable situation, you always knew where he stood. His love for his family, butterflies, his 1939 Chevy two door coupe and the tree filled orchards showed his passion for the things that mattered most. However, he lived a quiet life with a large footprint that people will be able to see for years to come."

"Very few people knew that Chuck had a large private butterfly collection, one of the largest in North America for Northern California butterflies. One of Chuck's many journeys with friends was along Sierra Nevada Mountains both north and south of Yuba City, where he helped in the study of a new sub-species of butterfly. In fact, this butterfly was named Speyeria Callippe Hagemani in his honor for his knowledge, and many years of field research of California butterflies. Specimens of the new butterfly are deposited and can be seen at the Los Angeles County National Museum of Natural History in Los Angeles, California. Chuck left a collection of butterflies to several different museums across the United States to include UC Davis Bohart Museum and McGuire Center for Lepidoptera and Biodiversity at the University of Florida." (See more.)

Smith remembers him well. "He was one of our largest donors," he said. "I went to Chuck's house several times in the past five years to bring back his huge collection that he wanted the Bohart Museum to have. His health wasn't great but we sat and talked for hours as he reminisced about his collecting years, many times with my brother in many California locales. He was, as the obituary says, a very nice and gracious man."

Chuck Hageman left a lasting legacy, one that generations of scientific researchers, butterfly enthusiasts and the general public can learn from and enjoy.

The Bohart Museum of Entomology, directed by Lynn Kimsey, UC Davis distinguished professor of entomology, now celebrating the 75th year of its founding, is located in Room 1124 of the Academic Surge Building on Crocker Lane. However, due to COVID-19 pandemic precautions, it is currently closed to the public but is open to scientific researchers.

Bohart Museum officials look forward to the re-opening of the insect museum and to the popular weekend open houses that were held throughout the academic year, pre-COVID. 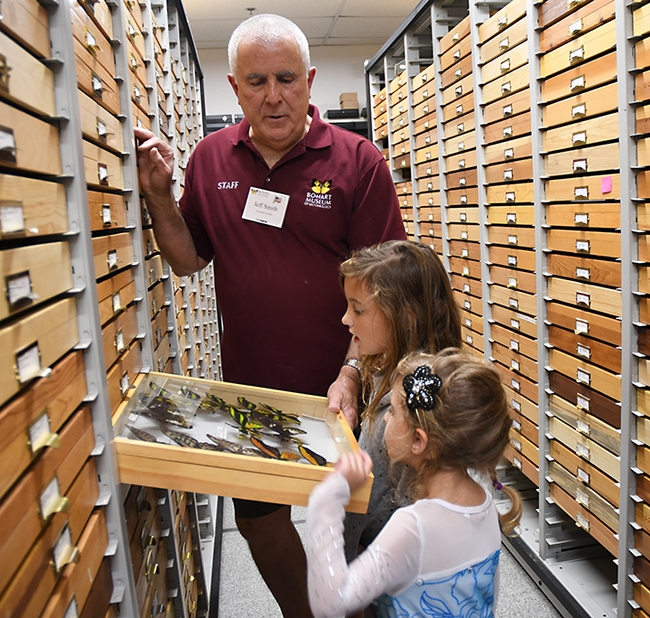