Today she's an assistant professor at the University of Pennsylvania and has found her calling.

She'll be speaking on "The Conflict Beneath Your Feet: Indirect Effects in Plant-Symbiont Interactions" at the Wednesday, May 18th virtual seminar hosted by the UC Davis Department of Entomology and Nematology.

As an evolutionary biologist, Wood says she is interested in the evolutionary ecology and evolutionary genetics of species interactions. Her research interests include ecology and biodiversity, plant biology, evolution and genetics, epigenetics and genomics.

Wood holds a bachelor of arts degree in English literature (2008) from Swarthmore (Penn.) College. She received her doctorate in biology from the University of Virginia in 2015. Her dissertation: "The Consequences of Environmental Heterogeneity for Fitness, Selection, and Inheritance." Wood served as a postdoctoral fellow at the University of Toronto from 2015 to 2018 before accepting a faculty position at the University of Pittsburgh.

She joined the University of Pennsylvania faculty in July 2020, right in the midst of the COVID-19 pandemic.

In her new faculty profile, Wood writes: "Our research is driven by two big questions: When do these cascading effects constrain adaptation in species interactions, and how do they influence the assembly of host-associated communities? We use plants (mostly the legumes genus Medicago) and their microscopic root mutualists and parasites to tackle these questions, drawing on approaches ranging from quantitative genetics to population genomics to field ecology in wild plant populations." Medicago is commonly known as medick or burclover.

What books should an evolutionary biologist read?  "I loved The Beak of the Finch by Jonathan Weiner," she relates in the profile. "It's essentially a chronicle of Rosemary and Peter Grant's beautiful work on Darwin's finches, interwoven with the history and fundamentals of evolution by natural selection. I read it when I was a junior in college and was hooked: at the time, I was an English major, but the next semester I registered for my first upper-level biology class. That book is part of the reason I'm an evolutionary biologist today."

Access her talk on Wednesday, May 18 to learn more about her and her research.

Nematologist Shahid Siddique coordinates the UC Davis Department of Entomology and Nematology seminars. He may be reached at ssiddique@ucdavis.edu with any technical issues involving Zoom. 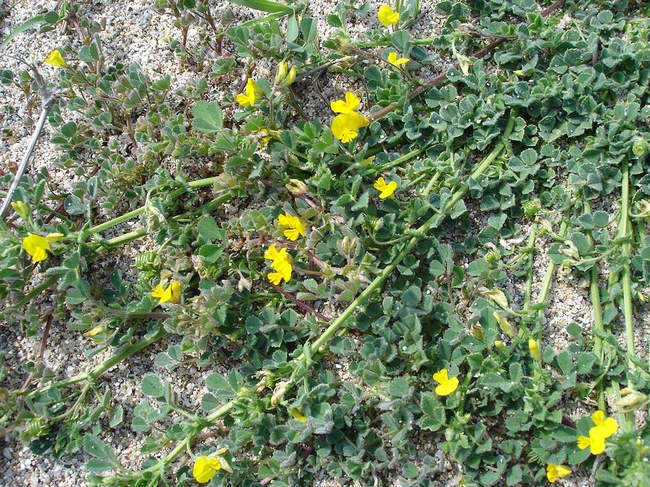 This is Medicago littoralis. Plants in the Medicago family are commonly known as medick or burclover. (Photo by Jean Tosti, photo courtesy of Wikipedia)